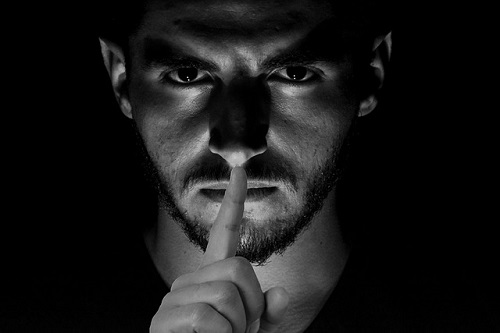 It has been years now that the term “conspiracy theory” has meant some far-fetched fairytale propagated by tin foil hat wearing individuals with a very loose grasp of reality. Claims like the one about world governments hiding their interactions with aliens from the public for decades, or the one about the US military having several mind control operations throughout the years, or the story of the existence of chemicals in the water, introduced by the government and polluting factories, that are turning frogs gay. These claims have been met with ridicule and disdain, as well as incurred great costs on those who promoted them; Alex Jones, for instance, paid a very heavy price for many of his wild assertions, including the gay frogs claim, and had his YouTube, FB, and Twitter accounts deleted indefinitely.

Interestingly, all of the aforementioned claims turned out to be true. A high-ranking Israeli officer recently confirmed that first contact has been established with aliens, and that we are indeed kept in the dark about it. WikiLeaks and other declassified sources have established the veracity of the mind control schemes, such as the infamous MK-Ultra. Finally, after becoming a meme and a joke, Alex Jones was vindicated when several peer-reviewed research findings tested water sources to find high levels of a chemical called Atrazine, and that even in low doses this substance does in fact cause very adverse effects to amphibians’ gonads.

This all is an illustration of how ridicule and mockery are powerful tools in the hands of those who wish to hide the truth.

We have been living under martial law to various extents for almost a year now. What started as a 14-day measure intended to “flatten the curve” of covid19 infections turned into a year of lockdowns and quarantines. In the interest of staying on topic, I won’t elaborate much on the statistics or the factual base (or lack thereof) for these measures, but suffice it to say that they are by no means based in science.

The Conspiracy Theories Turned Out To Be True

The fact of the matter is that there has not been an increase in deaths compared to years past, countries that did not employ lockdowns have not seen more deaths than those that did, and politicians brazenly flaunt their own regulations; all indicate this is much less serious than they claim. In order to maintain this charade, we went from discussing covid19 deaths, to confirmed cases, and the PCR test used to test for the virus is not meant to do that, according to the man who invented it, noble loreate Kary Mullis. Moreover, the CDC has quietly created a new category, one that encapsulates deaths from pneumonia, the flu, and covid19, meaning we cannot know for certain what was the real cause of death, as well as having inflated numbers presented as another wave.

The costly and very dangerous vaccine that is being promoted left and right is presented as a miracle cure for a non-existent pandemic, and more importantly, it is done so in total ignorance of perfectly safe and affordable drugs such as Ivermectin and Hydroxychloroquine, that have an amazing record of accomplishment combating corona virus, including covid19.

The covid19 pandemic is simply an excuse to a plan, or to be more accurate, expedite one. In the 1960s, two democrat operatives, Cloward and Piven formulated a strategy to overwhelm the welfare apparatus, in order to increase poverty, and have the government swoop in with the solution; more government interference. As the old Harry Browne adage goes, “The government is good at one thing. It knows how to break your legs, and then hand you a crutch and say, ‘See if it weren’t for the government, you wouldn’t be able to walk.”

More Behind These Conspiracy Theories In Depth

The world economic forum, whose members include figures such as Bill Gate and George Soros, has been quite vocal and upfront about their “Great Reset” plan. This plan uses euphemisms, such as “Stakeholder Capitalism” etc. to sugarcoat its true purpose; redistribution of wealth, crushing individual rights and freedoms, and finally achieving the world government they and many others have sought for years. In spite of their openness about this plan, politicians and the media have been insisting that it is a conspiracy theory, most probably because unlike the Gates’ and Soros’ of the world, politicians, and folks in the media are still somewhat in tune with the masses and know that this is extremely unpopular. Therefore, for years we have been hearing that there is no concerted effort to subvert nation-states, democracy, and the rule of the people, all in the face of mountains of evidence to the contrary.

We are now living through a manufactured crisis, used by the actors is enumerated above to undermine our sovereignty over our own lives; this is not a conspiracy theory, it is just a conspiracy.

Have more questions? Do not hesitate to contact us at thepoliticallyuncorrect.com!

Interested in sharing your ideas with us? Go on and read this short article.

As some of you will want to see sources of course here they come:

This is an opinion article and you are therefore entitled to agree or disagree with it. But we thought you were as well entitled to know about it.

A Renewed Need For Real Unbias Access to Information and Citizen Communication
The New Paradigm of Organized Violence, The Left to Right-Wing Shift
Is Social Media the New Holy Grail of Authoritarianism?

Published in The Controversial