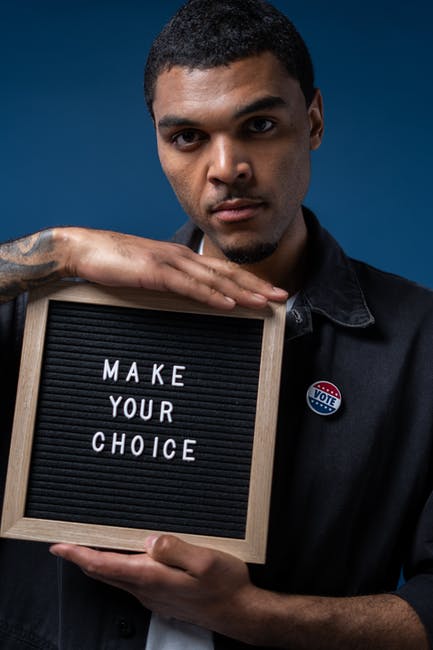 In my last entry on US political violence, I warned about the MSM’s bias towards the right in general, and the expansion of the term “right-wing extremism” in the intelligence community, as well as among CT practitioners and policymakers. Moreover, I pointed out the same entities’ and individuals’ blatant discounting of rampant leftist violence. To my dismay, all of the aforementioned concluded unanimously that the greater domestic danger is the “far-right”.

Unfortunately, recent events have underscored the fallacy of their assertion; leftist violence has escalated, and it has turned deadly. The MSM and Democrats have been flagrantly misrepresenting some of these instances, and framing them as far-right violence, when in fact, they are not.

Let us review some of these incidents.

On August 29, 2020, Aaron “Jay” Danielson was shot dead by Michael Forest Reinoehl, a 48-year-old self-professed Antifa member, in Portland, Oregon. Reinoehl, who sported a BLM clenched fist logo tattoo on his neck, allegedly stalked Danielson, who was walking with another friend, on his way back from a “Patriot Prayer” rally. The media made several attempts to portray the “Patriot Prayer” rally as a far-right rally, however, even a cursory review of the “Patriot Prayer” group shows no violence on their part, and quite a lot of violence perpetrated against their exercising of the first amendment rights. The video footage of the incident, gathered from security cameras on and around the scene, show that despite Reinoehl’s claims, he was the aggressor and Danielson did not follow him, attack him, or pose any kind of threat to his body or property. To put simply, an Antifa member and BLM supporter, followed a man and executed him for his political beliefs.

On October 10, 2020, a Denver, Colorado man shot another Denver man, during what the NYT called “Dueling protests”. Considering a duel implies an arranged fight between equals, this framing obscures the fact supported by photographs and videos of the incident that this “duel” was between a man with mace, and a man with a gun, hardly a fair fight. The shooter, as of the time this article was written, was not affiliated with Antifa, however, the man who was shot dead was a trump supporter, and the killer was an anti-Trump supporter.

Other Events Of Political Violence

These killings trail a slew of violent acts against a variety of defenses men, women, and children. In the beginning of September 2020, two adult females assaulted a 9-year-old when they ripped his MAGA hat off his head. The child was attending a protest in Delaware with his mother, as they demonstrated opposite the DNC. In mid-September 2020, a 33-year-old African American man assaulted an 84-year-old Trump supporter, for no reason other than her public support of the US president. The man slapped the elderly woman across the face, and was promptly arrested.

The last incident that seems to align with this trend is a recently thwarted Plot to Kidnap Michigan’s, Governor Gretchen Whitmer. The governor, who is disobeying a district court decision to end her unlawful and unconstitutional statewide mandated lockdowns, has been blaming Trump’s rhetoric on the plot. Needless to say that there is no evidence to support that claim. There is evidence, however, that one was a BLM supporter and protestor, and the other literally called Trump a “tyrant” on social media.

All of these incidents happened in the last three months. If we compare them with the right-wing violence, the picture becomes quite clear.

The Escalation Of Political Violence And Partisanship

In the last three months, as leftist mobs riot through residential neighborhoods, looters violate the safety of small business owners and destroy their property, and restaurant patron are assaulted daily, if they dare decline the “opportunity” to recite the BLM slogan (or other forms of compelled speech), there have been little to no comparable incidents perpetrated by right-wingers.

What is more daunting, is the fact that as demonstrated above, exercising your first amendment rights in condemnation of abortions, in the advocacy of religious ideals, or even in support of the democratically elected president of the US, in an election year, will most likely get you accosted, if not worse. Wearing a MAGA hat should not be equivalent to having a bullseye on your back, and wearing anything with the American flag on it should not be an excuse for someone to intimidate or harm you, but it does. Eerily, walking around with the communist flag, or wearing the mass murderer, Che Guevara’s face on your t-shirt is just fine. Chanting “death to America” as you firebomb a federal building is absolutely fine, but a US flag waving on your front porch? You must be a Nazi.

This is insanity, and it will not end well.

DNC’s Efforts To Affect The Election Through Political Violence

The upcoming election, already fraught with voter fraud, is certainly going to be contested. The DNC has already hired an army of lawyers to wage lawfare against their own country. An insurgency expert who wrote the manual on color revolutions leads them. The same man who is partly responsible for numerous “popular uprisings” and regime changes across the world, is now applying the same principles in his homeland. Norm Eisen is the DNC’s general in this war, and he has been laying the groundwork for this move, and it will not be a quiet one. This will inevitably end in violence, as the so called “right wing extremists”; constitutionalists, libertarians etc. will not stand aside as their republic is being torn apart by immoral actors who obviously and demonstrably hold no fealty to the US or its institutions.

In my opinion, the pendulum swing that has been instigated by power-hungry politicians on the left may very well lead to a rightward swing. This will hopefully be mitigated by the moderate majority I still have faith in, that will stop a slide into chaos. It is my warning to the academics, politicians and practitioners reading this, stop your obsession with potential right-wing violence, and address the leftist mob rule happening in real-time, before the right-wing political violence becomes a self-fulfilling prophecy. Because right-wingers are inherently more regimented and well organized, the blowback will be catastrophic.

I will end on an optimistic note; as a student of history, I believe the American people may be aggressively individualistic, and do not take kindly to tyrants or their lackeys, they are also very much against radical changes. The founding fathers made it clear to the English they do not want a revolution styled after the French one, and their modern compatriots will seek to preserve their great republic, rather than allow it to devolve into a leftist or right wing authoritarian regime.

© All rights reserved to thepoliticallyuncorrect.com

Interested in sharing your ideas with us? Go on and read this short article.

Egyptian Politics: Are We Likely To See A Return Of The Muslim Brotherhood To Power In The Foreseeab...
The Brewing Strategic Tensions In South Asia And Its Global Impact
Abu Sayyaf Dominance or Desperation? Shifting Sands of Terrorism in Mindanao

Published in America and The International